Again, prices will vary upon when you have booked and when you are traveling but let’s take a look at some of the honeymoons that we have planned for our honeymooners in 2018.

We send LOTS of honeymooners to Hawaii and a lot of them spend between $8000-$12,000 based on what they are looking to experience.

In late March, Jill and Brandon of Hoboken NJ, spent 11 nites in the Hawaiian islands.  They spend 3 at an intimate resort in Kauai and then went up to a 5 star resort in Princeville for 3 nights.  They ended at the Four Seasons Wailea for 5 nights.  With inter-island flights, cars, and some excursions, they spent about $12,000.  They used points for their flights to and from Hawaii. 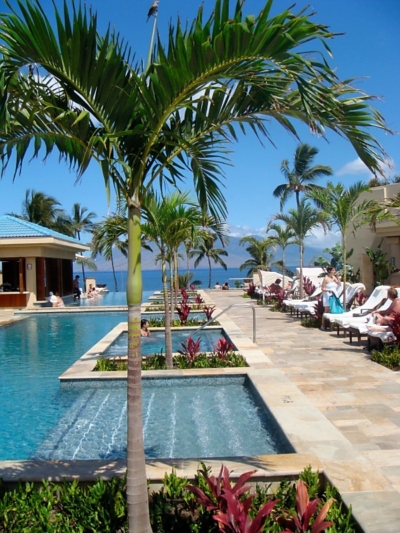 Eric and Elisa of Brooklyn, NY spent 14 nites in Hawaii with air from JFK in early April.  They spent 4 nights in a 4 star hotel in Maui, 4 in a 4 star hotel in the Big Island and 5 in a 5 star resort in Kauai.  Their honeymoon included transportation, cars, a luau, snorkeling excursion, a volcano tour in the Big Island, a helicopter tour and waterfall ATV tour in Kauai.  They spent about the same as Jill and Brandon did but got a lot more for their money

Jackie and Jimmy of NJ honeymooned in Oahu and 2 parts of Maui for 9 nites in early May.  With airfare from Newark, their honeymoon package came to about $8500.  They rented cars in each island, visited Pearl Harbor, took a helicopter tour, snorkeling tour and Luau in Maui and then spent the last 2 nights of their honeymoon in an ocean bungalow in Hana.

Looking for Europe instead?

Max and Taryn of NJ, took a belated honeymoon to Italy in late April. They spent 36 hours in Venice and enjoyed a private gondola ride and a walking tour of Venice.  They took a train to Florence where they spent 2 nites in a 4 star hotel.  They took a morning tour of Florence with a visit to the Accademia before heading by train to Siena.  They spent 3 nites in Siena at a 4 star hotel, took a cooking class and a winery tour.  From Siena, they headed to Rome for 3 nights and stayed in a 4 star hotel.  They took a 1/2 day group walking tour of Ancient Rome, they took a private walking Angel and Devils tour and, of course, did a tour of the Vatican.  On their way to Sorrento, they had a 2 hour private tour of Pompeii and then headed to Sorrento for 3 nites.   They took a tour to Capri and a 4 wheel drive tour up Mt Vesuvius including a hike, lunch and wine tasting.  All of that came to about $8900. 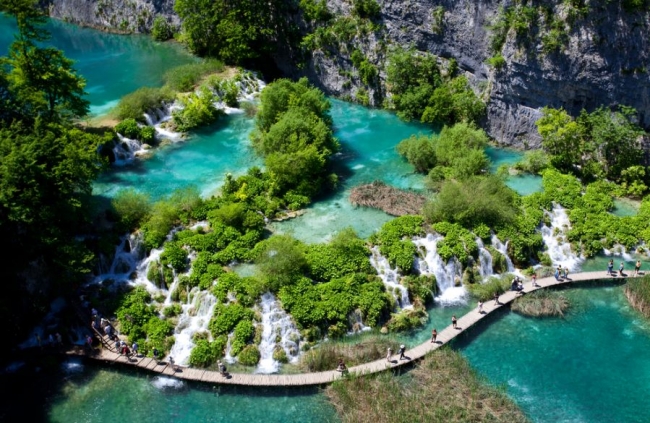 In late May, our clients went to Croatia.  They booked their own flights (into Venice and out of Dubrovnik) and we planned the rest.  We picked them up in Venice and they took a ferry to Rovinj and spent 2 nights there, exploring Rovinj and Pula including an olive oil tasting.  They visited the Plitvice Lakes National Park before heading to Zadar.  They got to explore the city of Zadar and took a snorkeling excursion to the Kornati Islands National Park.  In Split, they took a cooking class and the next day departed for Hvar.  There they enjoyed wine tasting paired with delicious food and took a private boat tour of Vis and Pakleni islands.  Their last stop was Dubrovnik where they took their much anticipated Game of Thrones Tour.  This private and customized tour came to about $11,500.

Italy and Greece are ALWAYS top honeymoon destinations and many of our clients were able to take fabulous honeymoons for the $10,000 range.

Looking for something more exotic?

In July, Chris and Taylor of Staten Island honeymooned in Thailand.  With flights from the NYC area, they spent 4 nights in a 5 star hotel in Chiang Mai.  They spent a day at an elephant sanctuary, took a private tour of the temples,  and took a private tour of a hill tribe village.  They got a chance to play with baby tigers before heading to Koh Samui.  There they spent 6 nights in a Sea Front Cottage, took a full day jungle tour and snorkeling tours before heading back to NYC.  Their honeymoon came to $9200.

My Vacation Lady is an award winning honeymoon travel agency.  We take the time to get to know our clients so that we can design a honeymoon that they will remember for a lifetime.   If you are looking for a honeymoon as unique as you are, contact us.   We’ll make your honeymoon special!