I like to consider my family a Disney Family.  We’ve been to Disney World more times in the last ten years than I can count on two hands.  We’ve ridden every ride, eaten at just about every restaurant, and, yes, worn those matching family t-shirts you probably cringe at as you pass by.  Then a strange thing happened.  My oldest child stopped dressing up for whatever event we dragged him to, stopped wanting his picture taken with characters, and started blushing when princesses were near.  In short:  he grew up (at least temporarily).

What’s a Disney Mom to do?  Luckily, the answer may lie just 20 minutes away.

If you’ve never been there it can sound a bit intimidating:  Universal Studios, Islands of Adventure, Volcano Bay, City Walk.  Am I looking at another ten-day trip to take it all in? 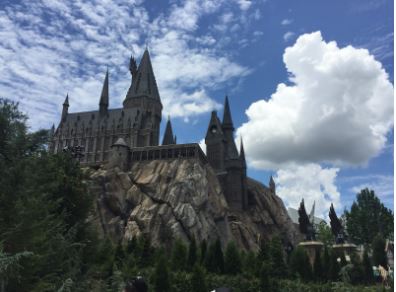 In a word?  No.
Compared to Disney parks, the Universal properties are conveniently laid out to maximize your time.  The Hogwarts Express makes jumping between parks a quick and easy process.  Getting to Volcano Bay is just a quick walk from Cabana Bay or a short shuttle ride from other resorts.  Three days is plenty of time but if a longer stay allows you to relax and enjoy all the details.

The Wizarding World of Harry Potter
Let’s address the obvious elephant in the room:  Harry Potter.  The Boy Who Lived is also The Boy Who Saved A Theme Park.  It’s no secret that Universal Studios Orlando struggled before tapping into J.K. Rowling’s cultural phenomena which cast a spell across two empty parks and captured the imagination of millions of fans.
While I won’t go into details (there are blogs that exist solely to report on The Wizarding World of Harry Potter) I will say that walking into Hogsmeade or slipping through the wall into Diagon Alley is an incredible experience, especially when you do it for the first time.  I will also mention that a certain tween who is too cool to dress up like a pirate on Disney Cruise’s Pirate Night has no problem donning a black robe with the Gryffindor crest and wielding a wand while wandering around Universal Studios.

Interactive Activities
You probably don’t expect much of an interactive experience at Universal Studios.  After all, the tagline is ‘Ride The Movies,’ not ‘Stand in line for ninety minutes hoping to get a certain character’s autograph.’  You would be very wrong.  Whether it’s Captain America and few choice X-men hanging out on the streets of Island of Adventure or Doc Brown conversing with you while posing next to his DeLorean, there are surprises throughout the parks.  Sprinkle in some Minions, a few Transformers, various live performers throughout the park, and Universal Studios comes to life. 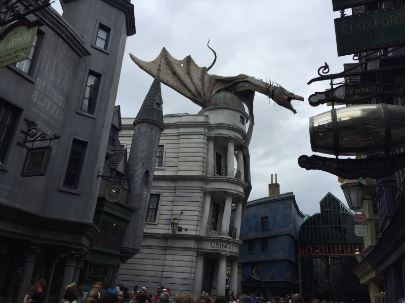 The best, as with so many things, lies in the two Harry Potter expansions.  A fire-breathing dragon.  Witches and wizards roaming the streets.  Spells!  Hidden throughout both parks are interactive displays where any visitor can cast spells, causing all sorts of mischief.  The only catch is that in order to be granted special status by the Ministry of Magic, you’ve got to purchase a special wand.  Luckily, each park has Olivander’s.

Rides
While Disney World is known for classic rides that have been virtually unchanged in decades, Universal Studios Orlando is the exact opposite.  Assuming I can read a map, there are actually only two attractions in Universal that have been there since the park opened in 1989.  Two.  They clearly want to stay relevant and guests benefit as every year or two they open a new attraction.
Many of their newer rides are at the bleeding edge of amusement park technology, blending 3-D with traditional motion.  The result are exciting experiences like Spider Man, Transformers, and two of the Harry Potter attractions.  Mixed in are interactive rides like Men In Black (sometimes featuring a brilliant guide during the busier times), heart-pounding The Mummy (not sure my kids even know who Brendan Fraser is) plus traditional roller coasters and other rides.  Over at Islands of Adventure, there are plenty of water-based rides to help cool off in the hot Florida sun.  Each park also has a section aimed at younger kids.

Food
One of the best aspects, in my opinion, is the food.  You could wander around the park, doing nothing more than hopping from one food stand to next, mixing in a restaurant here and there, and almost not feel like you’ve wasted your day.  Within the parks are all sorts of delicious treats:  donuts the size of a dinner plate, street tacos, ice cream, and for a flat fee you can have unlimited soda and Icee refills throughout most of the parks.  There are also hidden foods only found at a few choice locations.  Last time my family was there, my tween discovered a Bavarian Pretzel somewhere near Kong Island.
The one food you will hear about more than any other is Butterbeer!  Frozen Butterbeer is my family’s favorite but you can also have the original kind (watch out though, using a straw violates magical decrees), soft serve at Florean Fortescue’s Ice-Cream Parlour, and hot butterbeer during the colder months.  ‘ 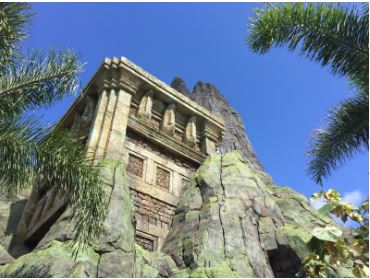 Universal Studios Florida is a must see attraction and I don’t see that changing any time soon.  With a new water theme park, new hotels under construction, and a rumored forth gate on the near horizon, there has never been a better time to plan a trip.