June 26, 2015 will go down in history as the day that gay marriage was legalized in all 50 states in the union.  So now that gay and lesbian couples are allowed to marry, it will soon be time to plan their dream honeymoon.

So what are some of the best honeymoon destinations for gay newlywed couples? 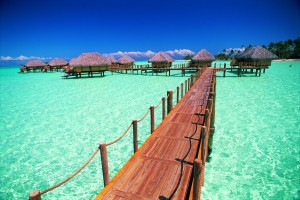 There are many of the same great honeymoon destinations that welcome both straight and gay newlyweds but not all locations welcome gay newlyweds with open arms.  Just a few to think of would be Grand Cayman, Barbados, Dominica, St Kitts and Nevis and Jamaica in the Caribbean.  Russia, Egypt, the Middle East and many of the African nations are countries that gay honeymooners might want to bypass.

We reviewed a number of different sources to come up with the top 10 destinations for same sex honeymoons:

1.  Capetown South Africa— while most gay couples wouldn’t necessarily be welcomed in many of the African nations, South Africa is very LGBT friendly and is a great honeymoon destination for those who want great food, wine, scenery and even a safari

2.  Puerto Vallarta and Punta Mita in Mexico can combine surfing, the beach, soft adventure and an old Spanish feel.  Puerto Vallarta also has a thriving LGBT scene.  If you go about 1 hour away from Puerto Vallarta, Punat Mita has luxury resorts that are a bit more secluded and may be better for a romantic honeymoon.  Check out the Four Seasons here.

3.  The Hawaiian Islands is another great gay friendly honeymoon destination.  Each island is so different that if you can spend 10 days or more, that will give you the opportunity to do a bit of island hopping.  There are some luxury hotels that are gay friendly like the Grand Hyatt Kauai and the Royal Hawaiian in Waikiki but Hawaii as a whole is is the quintessential honeymoon destination for any newly married couple.

5.  Greece- has always been a destination steeped in romance and culture.  Mykonos is one of the islands that is well known for being gay friendly.  With hotels right in town or lining the beach, there are great properties to fit most dreams.  Check out some other islands in Greece as well like Santorini or Crete.

6.  Paris, France– since France legalized gay marriage a couple of years ago, Gay Paree is a great city for food, wine, art and romance!  Check out some of the hotels in the 9th arrondissement near Montmartre.

8.  Australia has been on the map for LGBT travelers because of Sydney’s vibrant gay scene. In addition to just Sydney, the Great Barrier Reef is a top dive destination.9.  Thailand- Phuket is know for a lively gay scene, as well as stunning beaches.  Combine it with Chiang Mai for some culture and history.

10.  St Barths – This gorgeous Caribbean Island is very gay friendly and know for their high end resorts and stunning beaches.  Exclusivity is part of the appeal along with their chic eateries and French culture.

My Vacation Lady is an award winning honeymoon travel agency.  We won’t be the first to tell you that your honeymoon should be special but we are the right honeymoon specialists to make it special.