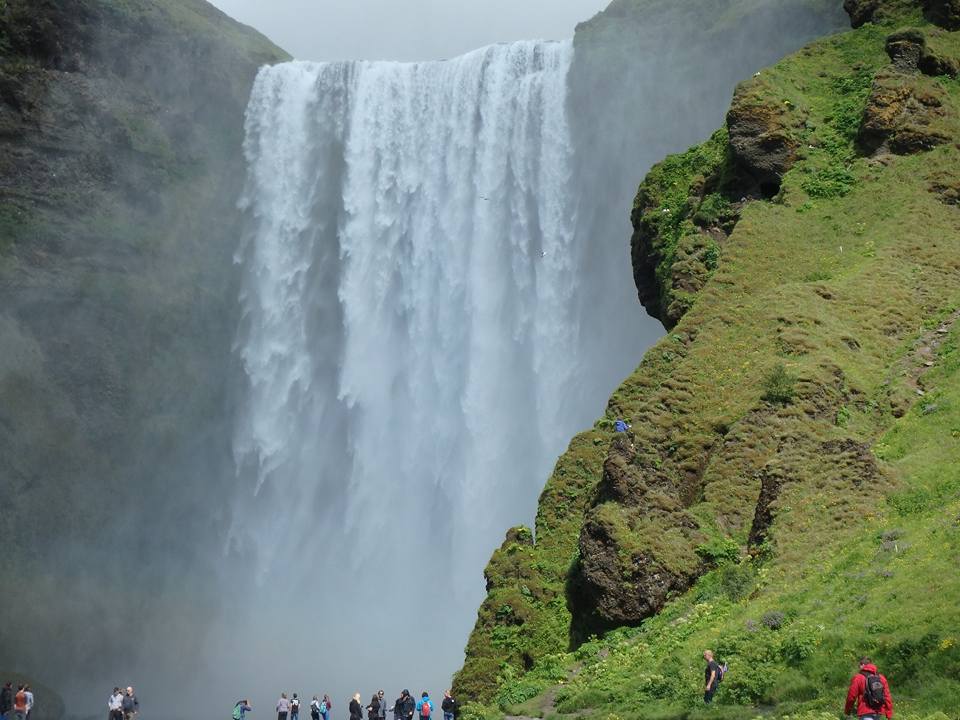 Iceland has been a HOT destination for the past couple of years.  This summer, My Vacation Lady has had more clients heading to Iceland than any other summer in the past.   We love getting reviews and feedback from our clients and this review is from Stefanie and Dave who just returned from their 7 day vacation to Iceland.

They spent 3 nights in Reykjavik, 2 in Vik and then the last night was near the Blue Lagoon and the airport.

Here is their review:

We just got back from Iceland and it was amazing!

TIPS:  Here are a couple of things you might want to know before going.

Now for the good stuff.

When landing in Keflavik airport you are about 45 minutes from Reykjavik so enjoy the views as you go, they are beautiful.  We took a Greyline bus transfer, which brings you to their main terminal and then you switch to a small shuttle bus to the hotel.

We stayed at the Fosshotel Baron.  Although not the most luxurious hotel,  it was a great location, right near the water, about 2 blocks from the main strip and about a 10-15 minute walk from the downtown area.  There is a luggage room if you get there before your room is ready and it was the only hotel we stayed in with a safe in the room.  There is also a good breakfast buffet.  Reykjavik is known for its geothermal hot water, so be prepared– there is a sulfur odor when you shower, but it’s fine.

We really enjoyed shopping and walking up and down the main strip.  We ate lunch at Icelandic Fish and Chips- which was yummy.  Dinners were at the Old Iceland Restaurant- again delicious! It’s a small restaurant so make sure you go early to get a table and a Gastropub in the middle of downtown, again delicious.

We were a little surprised at how the expensive things were, averaging about $40 for lunch for the two of us and about $100 for dinner, so you may want to budget yourselves according to what you want to spend.  There is a well known church(Hallgrimskirkja Church) with the highest viewing spot of the city.  It was $8 to go to the top but the view was worth it!  There are also several museums to visit if you are interested.

We did two excursions out of Reykjavik. Both picked us up from the lobby of the hotel to bring us to their main terminal and from there we switched to the shuttle for our particular tours.  The Fosshotel Baron was usually the last pickup, but the first drop off back which was nice. 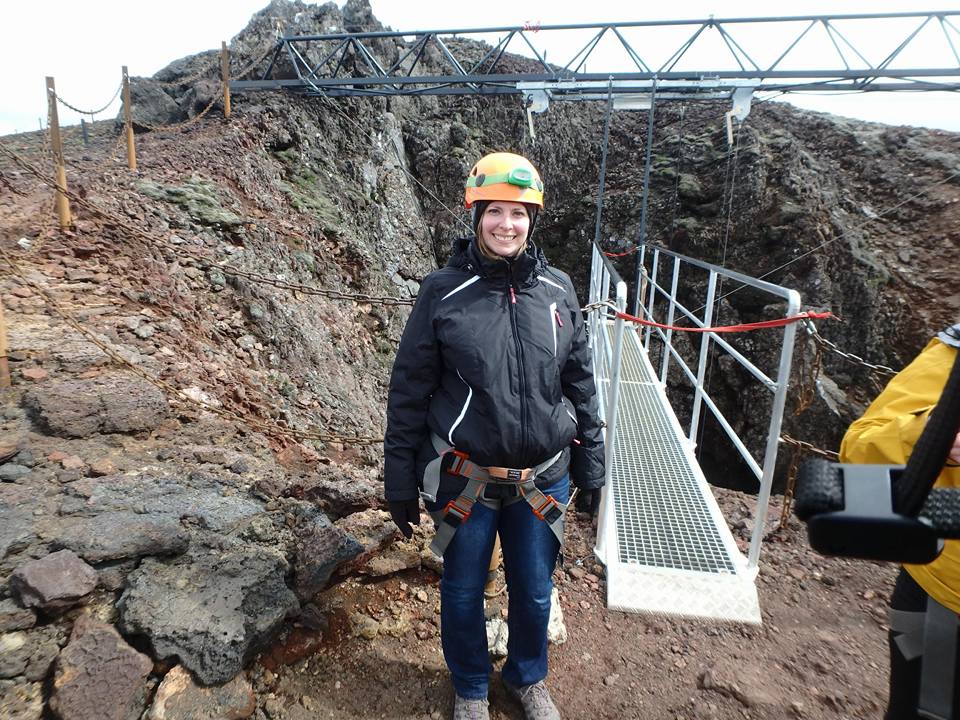 Heading inside the volcano

Into the Volcano– It was a great experience.  You walked about 2 miles to get to the volcano, amazing views along the way, and you pass over 2 continental tectonic plates! You then get lowered down into the magma chamber and you are there for about 30 minutes.  When returning back up, we were able to eat Icelandic Meat Soup before the walk back.  While the sights were amazing and it was a great experience to be able to go in a magma chamber, which is rare.  The hike was a bit more demanding than we thought it would be and I wouldn’t recommend it for anyone who has trouble walking as it was not a flat/smooth path. 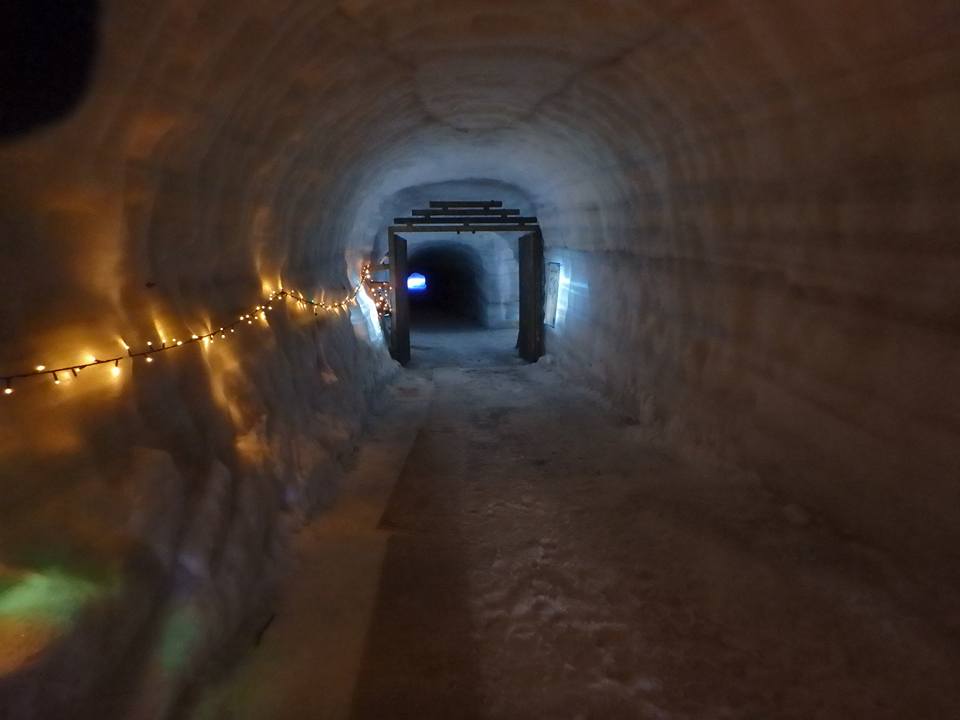 The second tour was Into the Glacier.  It is an all day tour, but well worth it.  We stopped along the way at a geothermal hot spot, beautiful waterfalls and a lunch stop (not included in the price).  We had 2 options, the lunch buffet which consisted of soup, bread, pasta salads, salad, and pizza, or just the soup and bread. We opted for the full buffet and it was fine.   We then continued up to the glacier- wear WARM clothes!  We took a monster truck to the ice cave. It was a lot of fun.  On the way back we stopped briefly at a national park that is part of the Golden Circle. -We definitely recommend this tour.  During the drive, the tour guide gives you some information about the area as well.

Next we drove the Golden Circle– Geysir and Gullfoss,

We tried to hit some other stops along the way but they were not well marked, so we missed them.

While Geysir was interesting- a hot spring erupting every 5-9 minutes, it was just OK. 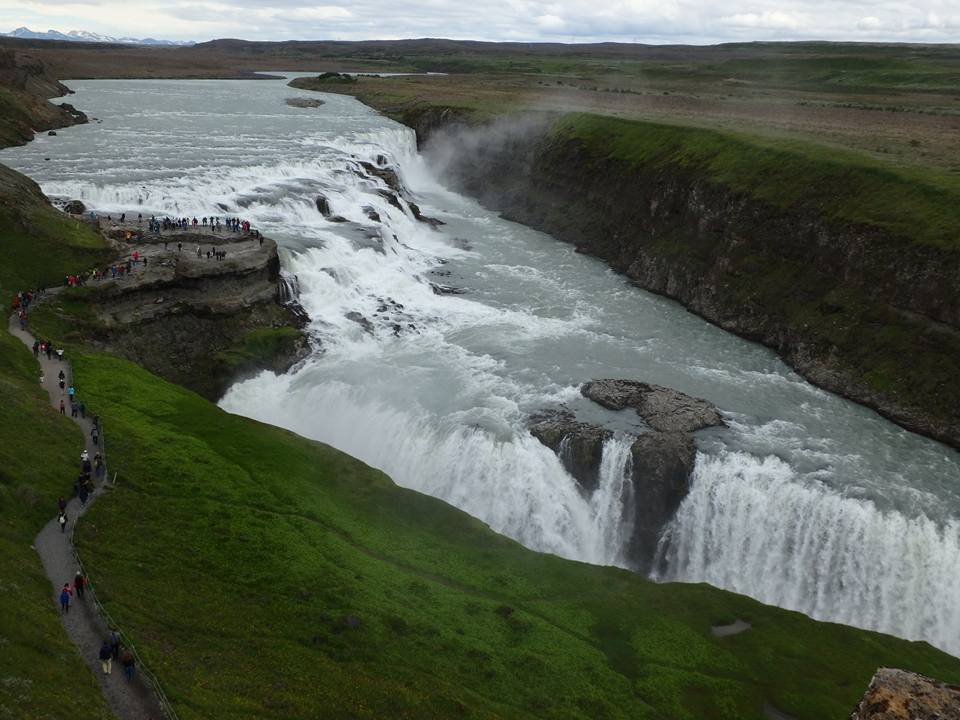 Gullfoss- the biggest waterfall in Europe was great! There were a bunch of trails you could take to see different angles.  Some trails were a bit more difficult than others, but there is a level available for all.

We continued our trip to Vik.  We stayed at the Volcano Hotel, a cute little 7 room bed and breakfast.  The breakfast buffet was smaller than the Hotel Baron, but adequate.  The water no longer smells like sulfur and it was a bit more modern looking.  We chose to eat dinner in Vik one night and have dinner at the hotel the 2nd, it was yummy!  Arctic Charr!  There isn’t much to do in Vik but they have beautiful black sand beaches, bird cliffs, and rock formations.  We saw some beautiful waterfalls along our drive and stopped at the Eyjafjallajökull Visitor center (the volcano that erupted in 2010 stopping many flights). 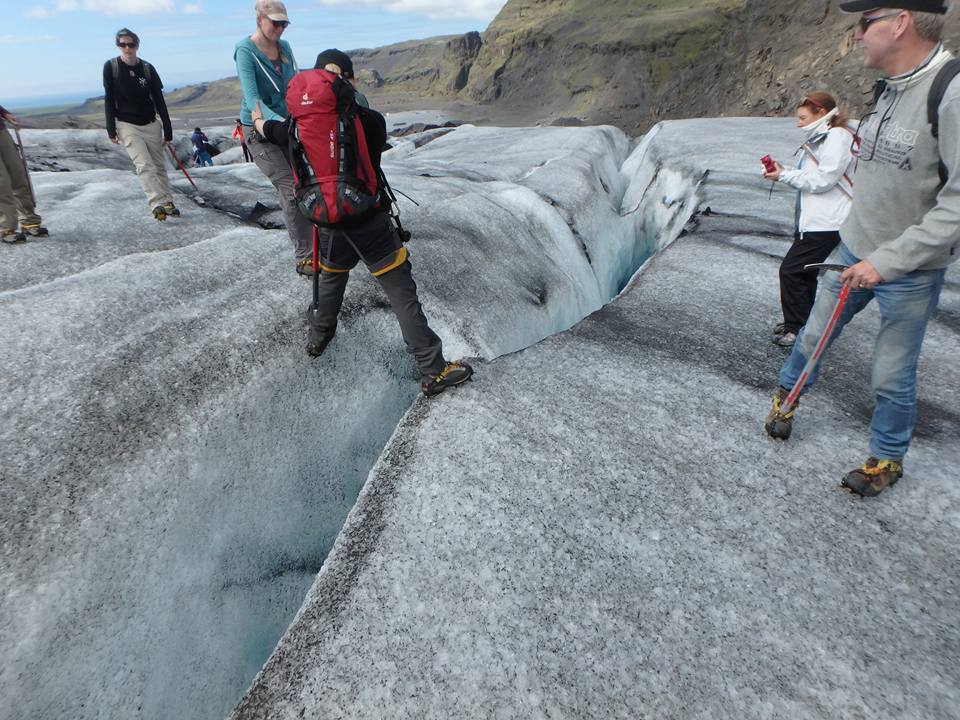 We did a Glacier Walk tour which was amazing- our favorite excursion!  It was much more difficult than we expected- so not for those with difficulty walking, but we learned a lot about glaciers and walked all over the 4th largest on Iceland.

After that, we headed to Grindavik for our last night and a visit to the Blue Lagoon.  It was a good experience but there were so many amazing things that we experienced in Iceland that this wasn’t as fabulous as we expected.

We stayed at the Northern Light Inn which was about 2 minutes from the Blue Lagoon.  It was by far the most modern hotel. While in that area, we checked out some lava fields, The Bridge Between Two Continents and the Reykajanes Peninsula- including hot springs and light house.  We had a delicious dinner at Max’s restaurant in the hotel.  The breakfast buffet didn’t include as much as the others, but still enough for us to eat.  Sadly, we eventually had to head back to the airport.

We had a great time!  The views were amazing, the experiences were incredible.  I wish we could have spent more time there, we only got to see a little bit of the country, but there is plenty more to explore.  Hopefully one day we will be able to go back.

This summer our clients have gone to Iceland for as little as 3 nights to as long as a 11 night honeymoon.  We’re already working on honeymoons to Iceland for next year already!

Whether you want a self drive experience or whether you prefer to be in a group, My Vacation Lady can help plan your vacation or honeymoon to Iceland.