You really can never truly know a destination until you experience it personally and that is exactly what we did in early June of 2016.  My Vacation Lady packed her bags and headed out to a week long stay in Barbados.  For most people, a week long stay in an island would be a vacation but for us, it was a bit of business and some time to vacation.  We checked out 9 different hotels during our time in Barbados (in addition to the one we stayed), took a full day island tour to many of the popular sites and took a great snorkeling tour.  Was there more to do than we had time for— yes, but let me try to give you a brief review of Barbados. 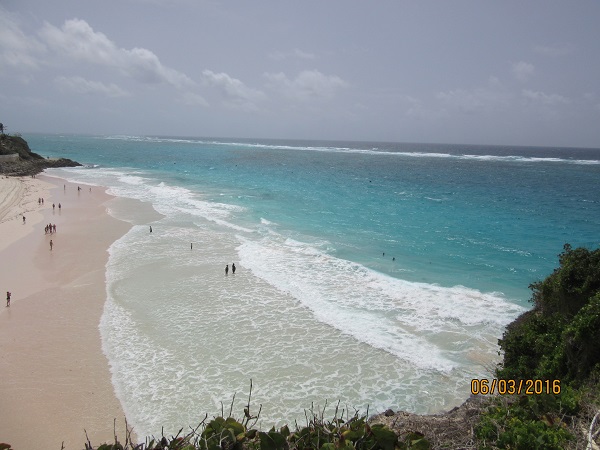 Barbados is actually the easternmost island in the Caribbean.  It’s Southeast of St Lucia, East of Saint Vincent and the Grenadines and Northeast of Grenada and Trinidad and Tobago.  It is in the Lesser Antilles and is a member of the Windward Islands, which basically means that the trade winds blow from the east to the west.

When is the best time to go to Barbados

Barbados weather is typically between the mid 70’s and mid 80’s year round.  The dry season runs January – June, with the lowest chances of rain and slightly more comfortable temperatures.

Peak season will be Christmas through April.  This is the time of year when prices will be the highest, hotels and attractions will be busiest and there is the least likely chance of rain.

Between April and June, prices and crowds begin to drop off and temperatures remain comfortable.

Between June and October, prices will be very reasonable because there can be a possibility of rain.  While Barbados typically doesn’t get hit by hurricanes (last direct hit was in the 1950’s), there can be periods of rain.  We did experience rain on many of the days we were in Barbados but they passed quickly and most hotel guests didn’t even get out of the pool.  The highest chances of storms will be from August to October and the humidity tends to increase as well.

Between October and December, hurricane season ends and the weather is much like the spring time.  Prices are still at their lower points (until mid December, at least) and start sneaking up around the holidays of Thanksgiving and skyrocketing for Christmas/New Years weeks. 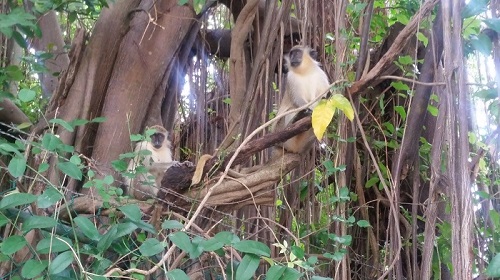 What makes Barbados different than the other Caribbean Islands?

What is there to see and do in Barbados?

On our full day island tour, we asked our driver (we hired a driver vs. taking a large tour bus) to take us to the most popular sites.  You can actually drive around the entire island in about 3-4 hours and I think we covered most of it between our tour and the hotel inspections that we did. 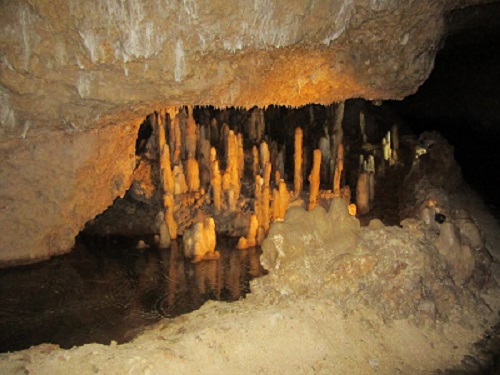 Harrison Caves- in the center of Barbados, this limestone cavern is filled with limestone stalactites and stalagmites that are still growing!  We took a 45 minute tram ride through the caverns and were amazed at the underground streams, the shapes and forms of the formations and got some great pictures! 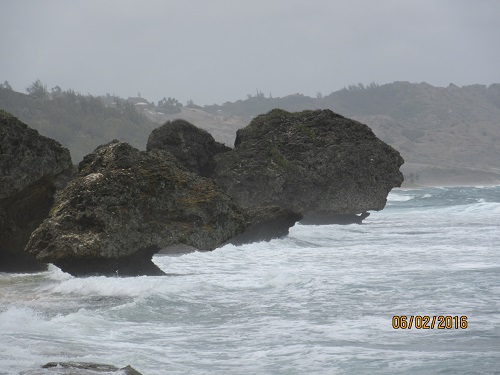 Bathsheba – this rugged coastline on the eastern coast of Barbados is breathtakingly beautiful.  The rock formations look like they were washed up along the beach but they are actually rock formations that broke away from the ancient coral reef.  We hiked along the beach along a small pathway all the way down to Bathsheba Park.  We stopped for a typical Bajan lunch of flying fish and macaroni pie at Dina’s.

St Nicholas Abbey- At first when our driver suggested visiting St. Nicholas Abbey, we thought it was a church or cathedral.  Little did we know that it was a plantation house, with gardens and a rum distillery.  We went through the house, explored the gardens, saw a movie of what Barbados was like in 1935 and tasted some rum!  We missed the sugar cane harvest by just a couple of weeks.

Barbados Wildlife Reserve – is the animal kingdom of Barbados, where you can walk around animals in their natural environment. You’ll see armadillo, deer, pelicans, reptiles, parrots, flamingos and peacocks and of course, Green Monkeys.  A big tip is to get there by 2pm to see the monkeys, especially the babies being fed! 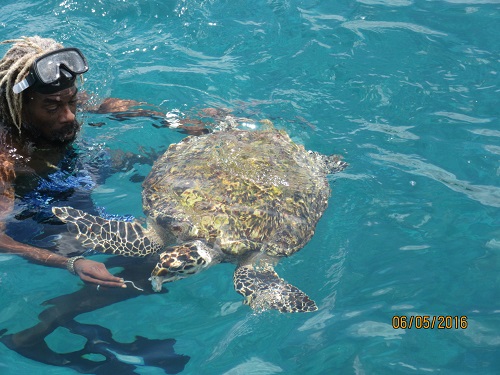 Water sports- What are you looking for in water sports?  You can probably find it in Barbados.   You can dive, snorkel, fish, surf, kayak, stand up paddle board, go kite surfing, wind surfing and much more.  We took a snorkel cruise and snorkeled with sea turtles!  We can’t say enough about the team at Cool Runnings.  They were great and the cruise is a must do– even if you don’t snorkel!

What are the highlights of Barbados?

Oistins Fish Fry– on Friday nights, Oistins Bay Gardens is the place to be.  You can eat fresh, locally caught fish grilled right in front of you, while listening to some music, dance, shop for crafts and mix with the locals.  You don’t need to dress up here.  This is fun and casual.  It starts around 7pm but if you get there early, you might catch a great sunset off the pier.

St Lawrence Gap- For a fun night life, the entertainment stars in the St Lawrence Gap.  The Gap is known for it’s restaurants, lively night life and good shopping.  There are clubs to fit most tastes in music, including reggae, jazz, R&B.  The party starts when the sun goes down!

Crop Over Festival– just one of the many festivals in Barbados, the Crop Over Festival goes from May until early August.  This is the most popular Bajan festival and attracts people from around the world.  It includes parades, dancing, fun costumes, street fairs, arts, food, culture and heritage, calypso competitions and more.

Golf- with 1/2 dozen golf courses, including some of the best championship golf courses in the Caribbean, Barbados is a golfer’s paradise.  Some hotels offer golf packages and if you are lucky enough to stay at the wildly expensive Sandy Lane resort, you can play on their world renowned Green Monkey golf course.

Who would enjoy Barbados?

Barbados may be a bit quieter and more formal than some of the other Caribbean Islands.  It doesn’t have the huge all inclusive resorts that many of the other islands have.  If you are looking for a party atmosphere, you might not enjoy Barbados.  For those who are looking for something a bit more unique and intimate, with great dining, water sports, golf, shopping and some of the friendliest people around, you might enjoy a vacation or honeymoon in Barbados.

Let My Vacation Lady help you figure out if Barbados might be the right Caribbean island for you.